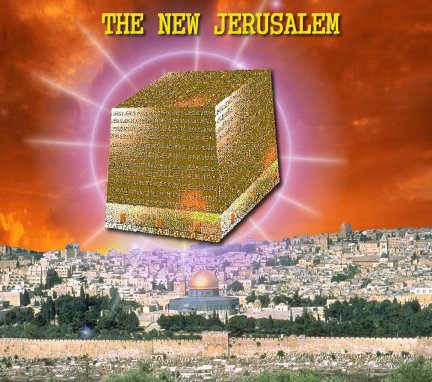 Genesis 12:3 “I will bless those who bless you and I will curse those who curse you and in you all the families of the earth will be blessed.”

2 For by it the elders obtained a good report.
3 Through faith we understand that the worlds were framed by the word of God, so that things which are seen were not made of things which do appear.
4 By faith Abel offered unto God a more excellent sacrifice than Cain, by which he obtained witness that he was righteous, God testifying of his gifts: and by it he being dead yet speaketh.
5 By faith Enoch was translated that he should not see death; and was not found, because God had translated him: for before his translation he had this testimony, that he pleased God.
6 But without faith it is impossible to please him: for he that cometh to God must believe that he is, and that he is a rewarder of them that diligently seek him.
7 By faith Noah, being warned of God of things not seen as yet, moved with fear, prepared an ark to the saving of his house; by the which he condemned the world, and became heir of the righteousness which is by faith.
8 By faith Abraham, when he was called to go out into a place which he should after receive for an inheritance, obeyed; and he went out, not knowing whither he went.
9 By faith he sojourned in the land of promise, as in a strange country, dwelling in tabernacles with Isaac and Jacob, the heirs with him of the same promise:
10 For he looked for a city which hath foundations, whose builder and maker is God.

God’s everlasting covenant with Abraham is firstly not the JEWISH or the ARABIC nations he would birth rather it is solely the Christian Church, the Church of Jesus Christ. The the promises of the covenant are to be understood literally or spiritually not in terms of the defunct, old covenant shadow but in the new covenant of Jesus Christ, of God in reality. the truths that many falsely refuse to face, admit .

Matthew 1
1 The book of the generation of Jesus Christ, the son of David, the son of Abraham.

Acts 3
13 The God of Abraham, and of Isaac, and of Jacob, the God of our fathers, hath glorified his Son Jesus; whom ye delivered up, and denied him in the presence of Pilate, when he was determined to let him go.

Matthew 3
9 And think not to say within yourselves, We have Abraham to our father: for I say unto you, that God is able of these stones to raise up children unto Abraham.

Matthew 8
11 And I say unto you, That many shall come from the east and west, and shall sit down with Abraham, and Isaac, and Jacob, in the kingdom of heaven.

Luke 1
55 As he spake to our fathers, to Abraham, and to his seed for ever.

73 The oath which he sware to our father Abraham,

Acts 13
26 Men and brethren, children of the stock of Abraham, and whosoever among you feareth God, to you is the word of this salvation sent.

Luke 3
8 Bring forth therefore fruits worthy of repentance, and begin not to say within yourselves, We have Abraham to our father: for I say unto you, That God is able of these stones to raise up children unto Abraham.

Luke 13
28 There shall be weeping and gnashing of teeth, when ye shall see Abraham, and Isaac, and Jacob, and all the prophets, in the kingdom of God, and you yourselves thrust out.

John 8
33 They answered him, We be Abraham’s seed, and were never in bondage to any man: how sayest thou, Ye shall be made free?

37 I know that ye are Abraham’s seed; but ye seek to kill me, because my word hath no place in you.

39 They answered and said unto him, Abraham is our father. Jesus saith unto them, If ye were Abraham’s children, ye would do the works of Abraham.

40 But now ye seek to kill me, a man that hath told you the truth, which I have heard of God: this did not Abraham.

52 Then said the Jews unto him, Now we know that thou hast a devil. Abraham is dead, and the prophets; and thou sayest, If a man keep my saying, he shall never taste of death.

53 Art thou greater than our father Abraham, which is dead? and the prophets are dead: whom makest thou thyself?

56 Your father Abraham rejoiced to see my day: and he saw it, and was glad.

58 Jesus said unto them, Verily, verily, I say unto you, Before Abraham was, I am.

Romans 4
1 What shall we say then that Abraham our father, as pertaining to the flesh, hath found?

2 For if Abraham were justified by works, he hath whereof to glory; but not before God.

3 For what saith the scripture? Abraham believed God, and it was counted unto him for righteousness.

9 Cometh this blessedness then upon the circumcision only, or upon the uncircumcision also? for we say that faith was reckoned to Abraham for righteousness.

13 For the promise, that he should be the heir of the world, was not to Abraham, or to his seed, through the law, but through the righteousness of faith.

Galatians 3
6 Even as Abraham believed God, and it was accounted to him for righteousness.

7 Know ye therefore that they which are of faith, the same are the children of Abraham.

8 And the scripture, foreseeing that God would justify the heathen through faith, preached before the gospel unto Abraham, saying, In thee shall all nations be blessed.

9 So then they which be of faith are blessed with faithful Abraham.

14 That the blessing of Abraham might come on the Gentiles through Jesus Christ; that we might receive the promise of the Spirit through faith.

16 Now to Abraham and his seed were the promises made. He saith not, And to seeds, as of many; but as of one, And to thy seed, which is Christ.

18 For if the inheritance be of the law, it is no more of promise: but God gave it to Abraham by promise.

29 And if ye be Christ’s, then are ye Abraham’s seed, and heirs according to the promise.

Mark 12
26 And as touching the dead, that they rise: have ye not read in the book of Moses, how in the bush God spake unto him, saying, I am the God of Abraham, and the God of Isaac, and the God of Jacob?

Luke 16
22 And it came to pass, that the beggar died, and was carried by the angels into Abraham’s bosom: the rich man also died, and was buried;

23 And in hell he lift up his eyes, being in torments, and seeth Abraham afar off, and Lazarus in his bosom.

24 And he cried and said, Father Abraham, have mercy on me, and send Lazarus, that he may dip the tip of his finger in water, and cool my tongue; for I am tormented in this flame.

25 But Abraham said, Son, remember that thou in thy lifetime receivedst thy good things, and likewise Lazarus evil things: but now he is comforted, and thou art tormented.

“Zionism, the national movement of the return of the Jewish people to their homeland and the resumption of Jewish sovereignty in the Land of Israel, is not substantiated in the New Testament, is not from God..

While the Jews had a special relationship with God in terms of their past national destiny and their national homeland it all has been lost because of their rejection of Jesus as Messiah, and therefore the Church has become the new Israel. The Church has then inherited all the blessings promised to Israel and the judgments and curses still remain over the Jewish people.

Clearly Bible ignorant professing Christians even are swayed by the false Christian Zionism’ that misleads so many Christians along today. The Middle East Council of Churches (MECC), drawing together the historic as well as evangelical churches of the Holy Land, rejects Christian Zionism ‘ for representing a heretical interpretation of Holy Scripture’, and even the Rev John Stott has described it as ‘biblically anathema’. There is no New testament evidence that the Jesus or apostles had believed that the Jewish people now still had a divine right to the land, or that they Jewish possession of the land would be important, let alone that Jerusalem itself would remain a central aspect of God’s purposes for the world. The emphasis is on a new Heavenly Jerusalem. The new Heavenly Jerusalem http://mccainvrsobama.wordpress.com/2010/10/15/the-new-heavenly-jerusalem/

The false Christians favouring the rebuilding of the destroyed by God temple in Jerusalem falsely advocate a return to the very practices made the same temple redundant by the once-and-for-all atoning work of the Son of God, Jesus Christ.

Too many Jewish organizations presently do beguile Christians in various ways, including falsely leading them (1) to ignore Jewish mistreatment of Palestinians; (2) to believe Israel’s interests are more important than America’s and are morally sufficient to wage unprovoked wars; 93) demand the false worship of Jews, the Old Testament, Mosaic laws, Jerusalem, Israel too and (4) to pay Jews’ travel expenses for aliyah, their immigration to Israel.

The false interpretation of biblical literalism of Christian Zionism leads them to falsely to demonise Arabs and Palestinians as permanent Satanic enemies of the Jewish people… Christian Zionism a false teaching that focuses on the Jews in the land rather than an inclusive theology that centres on Jesus Christ, the Saviour of the world consequently provides a theological endorsement for racial segregation, apartheid and war. This is diametrically opposed to the inclusive theology of justice, peace and reconciliation which lie at the heart of the new covenant, the New Testament, the teachings of Jesus Christ and his Apostles too.

The Jewish state of Israel is seen by many Christians rather at best as tolerable and at worst positively immoral, a country that is not to be supported on biblical grounds.

“The Inheritance of Abraham: A Report on the Promised Land,”

Justifying Apartheid falsely in the Name of God

2 thoughts on “THE MAJOR ERRORS OF CHRISTIAN ZIONISM”